You are here: Home / Self-publishing / Editing of translated novels 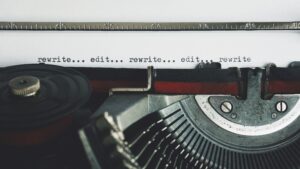 Editing a transated novel differs fundamentally  from editing a work draftet in the original language—primarily because the plot of a translated novel cannot be altered. Of course, minor details may sometimes be changed, and indeed might have to be—for example, to iron out mistakes in the original text, or to adapt the plot to the translation’s prospective readership. But that’s it!

In editing a translated novel, the editor reads the book in the target language the same way subsequent readers will. The editor reviews the work to determine whether it “reads well,” and polishes the rough spots. It is therefore a matter of editing the book from a purely linguistic standpoint, rather than a substantive one.

Why does a book translation have to be edited in the first place? Does that mean the translator wasn’t any good?

For one thing, nobody’s perfect; nobody can know everything. No one among us knows every single word in a language, not even in our native tongue. It’s impossible to be familiar with every single song or culture-bound situation relating to a given text passage—or, for that matter, every single regional idiom or turn of phrase.

Last year I edited a book that had been translated from English into German. The translation was a very good one, and creative—but naturally it contained mistakes. Sometimes a pun hadn’t been recognized, or a peculiar metaphor had been chosen; on other occasions, a connotation had been disregarded. In yet other places, a word or an expression had simply been misunderstood and hence translated incorrectly. My job as editor was to unearth and eliminate these types of mistakes, and that’s what I did.

But as chance would have it, just a year or so later this very same translator was editing a book that I myself had translated into German. And lo and behold: I had made the same mistakes. Now, the words I had failed to understand and to translate correctly weren’t exactly identical ones—that would have been downright bizarre—but precisely the same thing had happened to me, merely with other words and expressions. At times, I too had opted for clumsy puns and metaphors and neglected to keep a lookout for context.

We’re only human. Translators, working over a period of two to three months, cover only around ten pages per day—and by page 360, no translator can recall every tiny detail from page 20. Conversely, an editor reads a significantly greater number of pages per day—presumably as many as a subsequent reader will—and for that reason, the editor can maintain a better contextual overview. Aside from that, the editor looks at the original text only if a translated passage strikes them as odd. Thus, the editor doesn’t remain “glued” to the original, a process which, in the translator’s case, is inevitable; the editor can better judge the reception the translation will have at the hands of subsequent readers. For this reason, it’s completely preposterous for an editor to run a sentence-by-sentence, original-text comparison to a novel’s translation: by doing so, the editor loses their advantage. Clinging too closely to the translation means the editor can no longer maintain a contextual overview, for the editor stops reading the book as a subsequent reader will.

When all is said and done, editing a translated novel isn’t something needed merely to “review” the translator or to correct their incompetence! Editing the translation of a novel is a necessary step if you wish to market a really fine, polished book in the target language.

That’s why we offer novel translations from English to German (www.yourbookingerman.com) and from German to English (www.ihr-buch-auf-englisch.de) always including editing and proofreading!

Do you need editing for a book that has been translated from German into English? Then you’ve found the right place! And starting at 5 Euro per page! All you have to do is send me an email.

« How is the price for a specialist translation calculated? 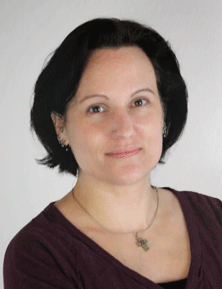